Could this be the new face of racing in New York?

Could this be the person to run tracks under the Cuomo Administration? 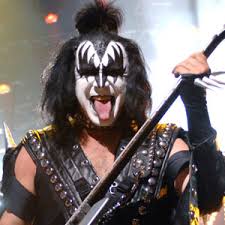 Back in September, a “source with firsthand knowledge” confided to Fred Dicker of The New York Post that the Cuomo Administration planned to bring in a for-profit manager to run the racetracks of New York.  One of the companies identified as having “deep experience” in racing was Santa Anita in California.  At that time, I observed that this was evidence of Cuomo’s and his staff’s lack of knowledge about racing since Frank Stronach, owner of Santa Anita, has a long history of instability among his top management.

So in a piece from BloodHorse.com this weekend, we learned of the latest upheaval for Stronach and California racing.  Mark Verge, hired by Stronach to be the Chief Executive Officer of Santa Anita in March, decided to step down because, according to a source, “he just had too many other things going on.”  Among the notable aspects of Verge’s brief tenure was a nasty incident during the post-position draw party for the Pacific Classic where he traded insults with Jill Baffert, the wife of trainer Bob Baffert.  He also did not want a formal title in his capacity as CEO, desiring to be referred to as “The Guy.”

While this was enough to make one check the calendar to be sure it was not April 1, BloodHorse.com also reported, as a rumor, that Gene Simmons, leader of the band Kiss, was in line to replace Verge.  Amazingly, Santa Anita’s director of publicity did not collapse with laughter at hearing this, but simply responded that he had no information on it.  Simmons has a past history with Stronach, according to BloodHorse.com, having once been tapped to market an energy drink, a Stronach venture that failed.

Stronach may not be available immediately, however, to make his newest appointment.  According to a September 27 article in the bloomberg.com/news, he has launched a new political party in his native Austria, with a goal to become the nation’s Chancellor in the 2013 elections.  His biographer, Wayne Lilley, was quoted in the Bloomberg piece as observing  – in a comment in the running for this year’s understatement awards  –  that Stronach “doesn’t do humility well.”  That would not seem to make him a logical partner for Andrew Cuomo.

I wish I were making up all of this.